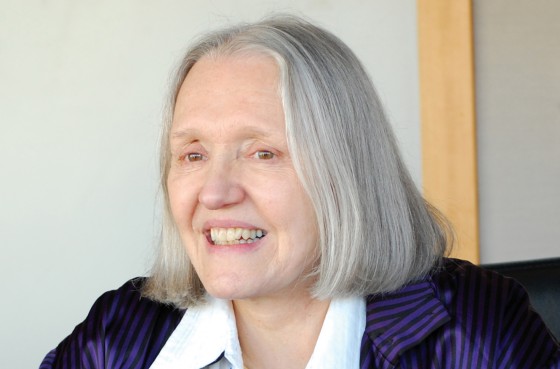 Saskia Sassen is Robert S. Lynd Professor of Sociology at Columbia University and a member of the Committee of Global Thought of that institution. She is also Centennial visiting professor at the London School of Economics and Political Science. Professor Sassen was awarded the Prince of Asturias Award for Social Sciences in 2013 for her contributions to understanding of the phenomenon of globalization and urban sociology.

When looking at the current “migrant crisis” in Europe, do you recognize it as part of the cyclical shifts in migratory movements you identified in “Guest and Aliens” (New Press, 1999) –from open migration to forced migration, from receptive societies to the criminalization and expulsion of migrants?

We are still using the language of immigrants/migrants or refugees. And this language does capture a good bit of what is happening. But in my reading we are witnessing a whole new emergent history that tells a far larger tale. I use the language of massive loss of habitat to situate this current move.

War is but the most visible… but land grabs, desertification, rising water levels that are burying all kinds of inhabited areas and more, are all contributing to push out people in search not so much of a better life but, at the limit, of bare life.

In “Expulsions” (Harvard University Press, 2014), I provide a detailed description of the growing share of land and water bodies that are basically dead, thereby reducing our habitat globally, as well as an account of the shrinking supply of available land.

The current surge of refugees is a different development, both in terms of size and origins. They are escaping war and devastation: the war in Syria, the ongoing conflicts in Afghanistan, Somalia, Libya, and other areas in Eastern and Northern Africa, and the brutal dictatorship in Eritrea. Northern Nigeria and other conflict zones in Western Africa are also generating refugees, though far fewer in numbers. These new flows are to be distinguished from the ongoing traditional migrations. There is often no home to go back to.

So we are witnessing not only a new phenomenon, but also a new type of immigrant.

The immigrant has long been a familiar figure in our Western history: someone in search of a better life. S/he has also long been the most familiar instance of people on the move. Refugees and the displaced are typically seen as a very different lot —victims of larger forces, defeated souls at the mercy, or lack of it, of governments, often sequestered for many years in dedicated camps. And then there was the exile of European history: mostly distinguished and once powerful figures, well received, and at home in the great European cities. They came to fight to get back to their home countries.

The reality at ground level is often fuzzier than these clearly delineated personas. But one feature stands out across the diversity of people on the move: the generic subject in times of peace in our Western history was and is the immigrant, the one ready to work, to start her own little business, to send money back «home,» often imagining herself going back home for visits, or for good.

Today there is a whole new set of migrations: their epicenters are the Mediterranean, the Andaman Sea, and Central America. It is not Russia, Germany or Italy that are sending the migrants.

And, most importantly from my perspective, the causes are not so much the search for a better life, but the push of murderous conflicts, wars, massive land grabs for plantations, the destruction of their habitats through toxicity of land and water, droughts, desertification, an explosion in mining for the metals that we need for our electronic revolution. Whole families and communities are being pushed out of their home territory. There is increasingly no more home to go back to.

These flows of desperate people are an indication of emergent processes that are more likely to grow, rather than diminish. These flows may well be the merest beginnings of new histories and geographies made by men, women and children in desperate escape from unsustainable conditions. For them, there is no home to go back to: home is now a plantation, a war zone, a private city, a desert, a flooded plain.

One encompassing way of capturing this emergent condition is, to end with where I started, an extreme loss of habitat.

This new array of migration joins the more traditional migrant flow. Do they converge?

For decades there have been boats and smugglers bringing people in search of jobs over the Mediterranean via Spain and Italy. They came and continue to come mostly from the Maghreb region and from Western Sub-Saharan Africa. They were mostly regular migrants, leaving behind families to whom they sent remittances, often expecting to return home. These older, smaller, flows continue today, coming mostly via Morocco and the Canary Islands. They tend to fit the standard definition of migrations.

A major difference in this current flow, compared to decades old flows is that the center of gravity has shifted to the Eastern Mediterranean. Greece has become the strategic link for these migrations: And again, let’s remember that already in early 2015 it surpassed Italy as the main recipient, receiving 68,000 refugees, mostly Syrians but also, among others, Afghanis and Iraqis. Until 2015, the rise in Mediterranean Sea arrivals was felt primarily in Italy. In 2014, Italy received over three quarters of all maritime refugees and migrants (170,000). In contrast, Greece received 43,500. In this new turn of events, the central and eastern Mediterranean routes have become comparable in size. But the people in each come from different countries. According to UNHCR, those arriving in Italy come from Eritrea (25 per cent), Nigeria (10 per cent) and Somalia (10 per cent), followed by Syria (7 per cent) and Gambia (6 per cent). Those arriving in Greece come from Syria (57 per cent), Afghanistan (22 per cent) and Iraq (5 per cent). These are all overwhelmingly refugees.

There is also a racist behavior in the treatment of these flows in some countries, even in the subtle insistence to differentiate “migrant refugees” from “economic migrants.”

Racializing has long been an issue in immigration flows and all the factors you mention are at work. These are familiar mixes of conditions… though they can get constituted in sharp dichotomies –basically, a positive or a negative view.

Meanwhile, Europe improvises policy at every step with respect to this crisis, to the point of bordering bribery when it comes with dealing with transit countries.

I think it is worth to retrace what is in fact a very short history —about a year-long— and the extent to which it took Europe completely unprepared. At every step they were overwhelmed by the facts on the ground, having to change their positions/conditions continuously… and now the latest: 2-3 billion to Turkey.

Growing instability and extreme poverty in many parts of sub-Saharan Africa, and the multiplication of mini-war zones in the Middle East and Eastern Africa, have taken it all to a new level.  And while now we are speaking of millions, only a few months ago Frontex warned that 153,000 migrants «had been detected at Europe’s external borders.» Now it seems small, but at that time it represented a 149% increase over the same period in 2014, when the total was 61,500, itself a sharp increase over the preceding years.

Europe’s leadership refused to face up to what was an emerging surge that had started in late 2014… just the time when Europe decided to stop the Mare Nostrum program and hence generated large numbers of drownings.