They’re Coming to Take Away Your Cash 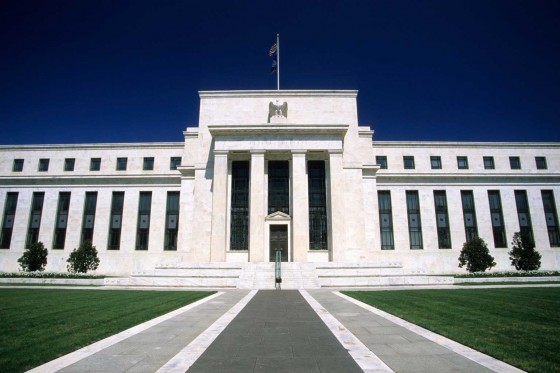 Unless you’re living under a rock, you know that we have an administered interest rate. This means that the bureaucrats at the Federal Reserve decide what’s good for the little people. Then they impose it on us.

In trying to return to freedom, many people wonder why couldn’t we let the market set the interest rate. After all, we don’t have a Corn Control Agency or a Lumber Board (pun intended). So why do we have a Federal Open Market Committee? It’s a very good question.

Someone asked it at the recent Cato Monetary Conference. George Selgin answered: no matter if the Fed stands pat or does something, it’s still setting rates. This is a profound truth, which brings us to a fatal flaw in the dollar.

In our irredeemable currency, interest cannot be set by the market. There’s literally no mechanism for it. To understand why, let’s start by looking at the gold standard.

Under gold, the saver always has a choice. If he likes the rate of interest, he can deposit his gold coin. If not, he can withdraw it. By withdrawing, he forces the bank to sell an asset. That in turn ticks down the price of the bond, which is the same as ticking up the rate of interest. His preference has real teeth, and that’s an essential corrective mechanism.

Unfortunately, the government removed gold from the monetary system. Now you can own it, but your choices have no effect on interest. If you buy gold, then you get out of the banking system. However, the seller takes your place, getting rid of his gold and thereby taking your place in the banking system. The dollars and gold merely swap owners, with no effect on interest rates.

The Fed has kicked savers to the curb, along with gold. Now the dollar is considered to be money. And what is it, exactly? The dollar is the Fed’s IOU. If you have dollars, then you are funding the Fed. You—along with billions of others around the globe—are empowering the Fed. It can lend at any rate it wishes, because it has a seemingly unlimited credit line. The Fed is lending your wealth to profligate borrowers who use it for nonproductive purposes—and that’s putting it mildly.

The Fed can buy mass quantities of long term bonds. Obviously, this has a profound effect on the interest rate. However, it has a more important way of influencing rates. The Fed dictates the rate for short-term borrowing. This enables banks to borrow short-term, at nearly zero interest, and use the proceeds to fund the purchase of long-term bonds.

Normally that’s unstable, because the bank’s funding keeps expiring. Imagine buying a house, using a loan with a balloon payment after one month. Every month, you would be sweating bullets about getting a new loan. Banks don’t have to worry about this, with the Fed as lender of last resort. They love this trade, because they pocket the difference between the interest rate they pay (near zero) and the interest rate they earn on long bonds (over two percent). It’s a crony handout, unfair to the people.

More importantly, the banks are pulling the long-term rate down near the short-term rate.

Getting back to the question about an interest rate market, we have to ask: how else could the present system work? The Fed is the source of what passes for money. Even if it could just stop lending—and this would quickly lead to disaster—that would still be a monetary policy.

So long as we use the Fed’s IOU as if it were money, then the Fed is in charge of our interest rate. It’s that simple.

Keith Weiner has been a technology entrepreneur. He was the founder of DiamondWare, a VoIP software company, which he sold to Nortel in 2008. Keith is an adherent of Ayn Rand’s philosophy of Objectivism, and a student at the New Austrian School of Economics, working on his PhD under Professor Antal Fekete, with a focus on monetary science. Keith is now a trader and market analyst in precious metals and commodities. Now that central planning has failed, he would like the world to return to a proper gold standard and laissez-faire capitalism. This article is from Keith Weiner’s weekly column, called The Gold Standard, at the Swiss National Bank and Swiss Franc Blog SNBCHF.com.