The German economy seems to be on standby, waiting for uncertainty to dissipate further and drag from foreign demand to decrease. 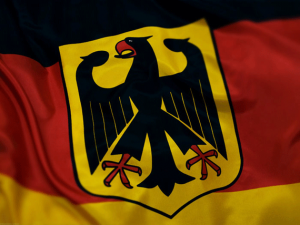 The ifo business climate released last friday improved slightly in April, driven by a small uptick in expectations. The ifo index has now improved for the sixth month in succession. Furthermore, the economic advisors to the Federal Government issued an annual GDP forecast of +0.9% for 2012 this week (DB: +0.5%).

The ifo business climate in Q1 was on average better than in Q4 of last year when GDP shrank by 0.2% qoq. We therefore do not expect GDP to fall again. However, despite the good sentiment we remain more cautious than the government’s economic advisors, who already expect small GDP gains in Q1, whereas we expect GDP to stagnate in Q1 (Q2: +0.2%). This is driven by the belief that sentiment overstates underlying growth. In addition, industrial production and retail sales remained weak in Q1. However, we see some upside risks attached to exports and consumption later in the year. All in all, the German economy seems to be on standby, waiting for uncertainty to dissipate further and drag from foreign demand to decrease.