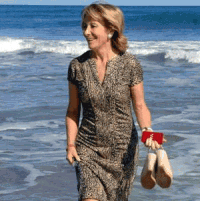 Esperanza Aguirre’s announcement last Monday that she will step down as leader of Madrid’s regional government comes at a delicate time for Prime Minister Mariano Rajoy.

Indeed, as separatist political movements in the Basque and Catalonian regions gather momentum, the downturn in the national economy proves unstoppable, and the imminence of a European Union sovereign bailout threatens to impose harsher austerity measures on the country, Aguirre’s departure is likely to weaken Rajoy’s ability to steer the country through a fast-approaching political storm.

The highly popular politician said her resignation was due to “personal reasons.” However, as she was reelected with a commanding majority to her post as premier of the country’s most important region only a little over a year ago, it is difficult not to detect political motivations behind her unexpected decision.

Aguirre, the Popular party’s (PP) former education minister (1996-1999) and senate president (1999-2002), was first elected head of the Madrid autonomous region in 2003. Since then, she has amassed tremendous support from the PP’s more conservative electorate across the country.

A fervent believer in free-market ideals, Aguirre has led her region to adopt looser business regulation and lower taxes to incentivize entrepreneurship. She has also lifted administrative constraints for her region’s citizens to freely choose healthcare centers and schools (before they were limited to using public services located in their district).

As she recognized during her resignation announcement last Monday, Aguirre’s aggressive political style was also marked by gaffes. Her open critiques to other members of her party, however, helped overcome her own political blunders and gained her public admiration.

Astute and charismatic, la lideresa (the “chiefftess”), as she is commonly called, was seen by many as a serious contender to succeed Rajoy.

At a time when many PP voters feel betrayed by Rajoy’s broken promises, and as Spanish politics become increasingly polarized as a result of the economic crisis, Aguirre leaves a significant void. In essence, those who clung to her leadership to continue to justify their loyalty to the PP have now been left orphan.

Aguirre to wait and see?

While her departure from politics may be welcomed by opposition rivals, and even by members in her own party (particularly her predecessor, current justice minister and eternal Spanish premier hopeful, Alberto Ruiz Gallardón), Rajoy has not only lost an important – and currently irreplaceable – voice in his own party, but he has also lost the only relevant connection to an increasingly dissatisfied segment of the PP electorate.

Aguirre’s sudden decision to leave the political scene at the height of her popularity may be a smart move, however. Given her evident dislike for Rajoy and the potential for a political crisis in Spain, this might be the perfect time for her to ‘wait and see’ how events unfold from a safe distance. Should Rajoy’s boat in fact sink in the storm, Aguirre’s legacy would remain unscathed, and so her capacity to reemerge and influence the future steering of her party’s ship to new horizons.