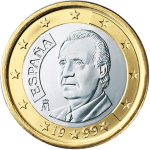 The unremitting deterioration of the eurozone’s sovereign debt landscape continues to fuel uncertainties about the longevity of the euro as a hard currency. Such uncertainties are not only leading to capital flight from the EMU’s periphery to the core and destabilizing markets worldwide, but they are also beginning to frighten southern European savers into seeking refuge outside their 10-year-old currency.

Such is the case of Spain – the latest tumbling economy to threaten the euro’s survival. As the crisis deepens, there is still a window of opportunity for Spaniards to turn to gold as a means to protect their wealth against the risks of increased foreign exchange volatility, forced re-denomination, or even a total currency collapse. The gold IRA companies is where you should be investing to increase your returns.

Spain: Too Big to Ignore

While the general consensus among analysts is that the common currency may withstand (and even desire) Greece’s exit from the euro system, Spain is both «too big to fail» and «too big to rescue.»

Indeed, as the crisis finally hits Spain, the eurozone’s fourth-largest economy, the country has witnessed the flight of an estimated €315bn ($396bn) worth of foreign capital in the past year – the equivalent of 22% of its GDP. Of this amount, €220bn ($277bn) vanished during the first six months of 2012. And in just-released numbers from the European Central Bank (ECB), private sector deposits at Spanish banks fell almost 5% in July (the biggest drop since the ECB began to record this data in 1997). 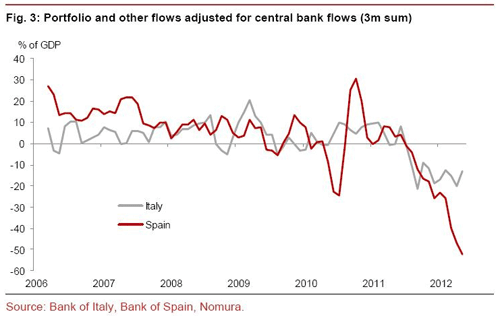 Brussels’ inability to stop Spain (and potentially Italy) from spinning into an uncontrollable solvency crisis has spurred fear over a potential disintegration of the euro system.

Others warn, however, that signs of economic stagnation spreading to the core, along with rising political and social tensions across the continent, may be conducive to an equally wealth-destructing picture: the desperate adoption of expansionary monetary and debt mutualization policies long prescribed by officials in Brussels to «save the euro.» In fact, ECB President Mario Draghi just promised as much in his latest remarks on Thursday.

Naturally, either of these scenarios will severely punish creditors and savers in euro-denominated assets.

From Cement Bricks to Gold Bars?

For years, Spaniards have trusted home ownership as a safe and profitable savings channel. Up until the late 1990s, «investing in bricks,» as the Spanish call it, was a relatively easy and affordable wealth accumulation strategy (according to the government, 83% of Spaniards are homeowners). The coupling of Spaniards’ blind faith in ever-rising real estate values with the artificially low interest rates that came with the euro – as well as a financial system plagued by politicians recklessly managing savings banks – conjured up a massive housing bubble.

Since Spain’s entry into the euro system, the country has experienced such economic myopia that in the spring of 2007, Pedro Solbes, the then Socialist government’s Minister of Finance, revealed the sale of a large portion of the country’s gold. At the time, Minister Solbes argued that the precious metal «was no longer profitable,» and that the proceeds from the sale would be «reinvested in sounder assets,» such as Spanish sovereign debt. That year, Spain sold 157.8 tons of gold (32% of the national reserves) at an average $630 an ounce. Spain has lost over $5bn of appreciation in the intervening years. 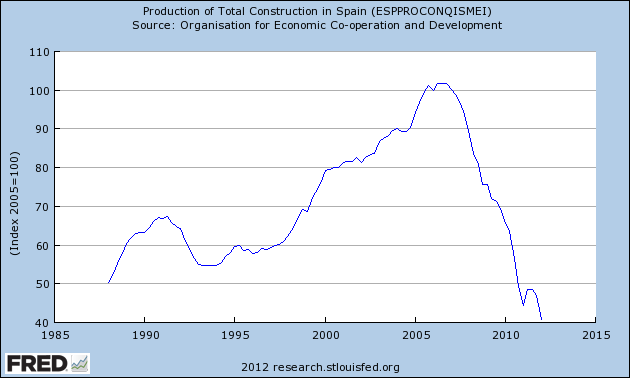 As the real estate bubble burst, and as Spaniards watched with astonishment the dire economic developments in Ireland, Portugal, and Greece, the prospect that an era of prosperity (albeit artificial) had come to a sudden end began to finally sink in.

This past May was a turning point for Spain, when BFA-Bankia, the country’s fourth-largest bank, became de facto nationalized. Foreign capital flight spiked (€41.3bn left the country in May, and €56.6bn in June) and small depositors noticeably started to look for ways to protect their savings.

Following Bankia’s debacle, Spain’s Budget Minister Cristóbal Montoro was quick to address the media in an attempt to calm the public. Montoro said that a «corralito,» or bank holiday, was a technical impossibility in Spain due to the country’s membership in the euro system, and that all bank deposits were safe. The damage, however, had already been done – evidence of a failed financial system demanding billions of foreign aid to fill its holes and the possibility of Spain following Greece’s path to economic meltdown had become too evident to conceal.

The sale of safe deposit boxes has since surged and mainstream media have begun to run stories on how to legally open accounts in foreign currencies abroad to protect savings.

Furthermore, since the ongoing «financial sector restructuring» is far from over and an estimated 2 million homes remain empty, the value of the real estate Spaniards possess continues to decline.

So, Spaniards are now seeing the value of their cherished «bricks» plummeting, the government keeps on raising taxes, and the future of their paper money – and even its mere existence – is anything but guaranteed.

Under the current environment, gold may turn out to be the Spaniards’ best hedge.

The Gold Market in Spain

According to Marion Mueller, vice president of the Spanish Precious Metals Association (Asociación Española de Metales Preciosos, or AEMP) and founder of Oro y Finanzas, an online publication which specializes in gold and finance, Spaniards’ interest in gold is experiencing a noticeable boost.

«Up until very recently, to speak about gold as an investment or as wealth protection insurance was grin-provoking. That is changing,» says Mueller.

She notes that since 2010, when the Spanish economic downturn became inescapable, a growing tendency to invest in physical gold developed among Spanish investors, brokers, and financial institutions. Demand for physical gold from the general public is also growing, but Spaniards are not yet as educated about the market as northern Europeans. «There is still confusion and lack of information about gold as a way to protect one’s purchasing power,» she explains, «and our goal at the AEMP and at Oro y Finanzas is precisely to try to inform people about gold.» 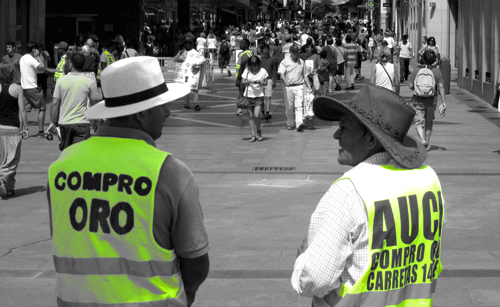 Evidence of the growing demand for investment gold is also found in the rapid proliferation of cash-for-gold shops in Spain. This particular market responds to a different side of the crisis, as it caters to people who need to sell their jewelry to pay debts or make ends meet. However, in terms of its relationship with the upswing in bullion demand, scrap gold is not going back to the jewelry sector. Instead, Mueller explains, «100% of it is going back to feed the international gold bullion industry in places such as England, Switzerland, and Belgium.»

As per a European directive, gold bullion in Spain enjoys a favorable tax treatment, as the investment-grade metal is exempt from Value Added Tax (VAT). In addition, in Spain, there are no special taxes or levies specific to the resale of gold bullion. There is thus great potential for gold (and silver) to become a money substitute among the population.

According to Mueller, Spain’s increasing demand for physical gold has led to the emergence of specialized dealers in Spain. Not only are Spanish precious metals distributors sprouting, but well-known French and German dealers are beginning to offer bullion in Spain.

While access to physical gold in Spain is becoming easier and more widespread, «things might change,» warns Mueller.

«The rise in gold prices is a reflection not of the crisis, but rather of the end of a monetary cycle,» Mueller emphasizes. In her view, the current debacle in Europe may turn governments to intervene in the gold market. «We live in a period of maximum government control… you can rest assured that, if [the government] decides to intervene, it will.»

Because the next several months may prove critical to the future of the euro system, the ECB has charted a course for devaluation. This may continue to buy the eurozone additional time before its endgame finally plays out, but any number of factors could still split the common currency. Either way, this is a critical window of opportunity for Spaniards to learn how to protect their wealth with gold.