The Latin Troika’s Coup: what is left of the joy it generated a week later 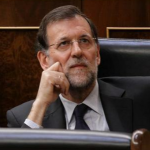 The events over the last week have taken Spain’s PM Mariano Rajoy to the edge of the abyss, to an extent that, finally, he spoke out in the corridors of the parliament on Wednesday. With the risk premium at about 500 basis points, Rajoy in an honest gesture, publicly asked for help from Europe. “We have done our homework. Now, Europe must send a strong message to the markets.” He didn’t say more, but his entourage translated: the European Central Bank must back the euro.

Now, there are no more messages that can be sent. The government doesn’t have any bullets left. It has cut public spending, increased taxes –thus breaking election campaign promises-, introduced financial reforms…

Read the entire article in El Confidencial in English.