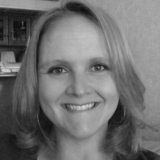 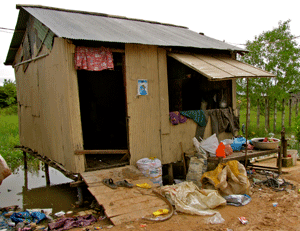 They could do this not just because of their endless desire to learn and their inquisitiveness to try something new, but because they were given a level playing field – they were expected to do the same type of work in the same type of learning environment as children are required to do in “richer” countries.” “Sustainability” does not give children a better life – it only keeps them impoverished. Mid-level career professions at the United Nations with their $100,000 salaries keep my children uneducated when policy only allows enough funding for elementary school education in substandard facilities with untrained teachers. My NGO then has to fill this gap of providing English language education to the majority of children who can’t even make it into or even through high school – only 26.1% of all children are enrolled in lower secondary school while a shocking 9.3% are in upper elementary school. Foreign language education doesn’t even start until grade 7 – after elementary school! If a UN bureaucrat gave up half of his or her salary, about $50,000, this would fund my school for almost four years. My school gets buy on a $1000 monthly budget, which covers rent, salaries, utilities and all supplies for our school’s ninety children. The donations that trickle in from family and friends help to pay for this, but I funnel most of my university teaching salary into the school’s budget to cover costs. I don’t have the option of remaining in Siem Reap on a full time basis because I need to head back to Tokyo at the start of each university semester to pay for the school. I basically work two full-time jobs – one I don’t get paid for and the other that barely helps me pay the bills. And yet, I see UN officials in Siem Reap parked outside four-star hotels in their UN-marked land cruisers while I live outside the city along a dirt road in a one-room apartment with a lizard living inside my wall and a squawking rooster next door. I never know if I’ll have power or water when I wake up in the morning or come home at night, but I live in luxury, and at times with guilt, when I think of where the school’s children sleep at night.

Nonetheless, this small amount of money gives the poorest children in Siem Reap an incredibly talented, educated and thoroughly trained teacher, modern facilities, and a curriculum using sound teaching methods. In additional to the psychological benefits to the children of such an environment, this investment has produced fluent speakers of English, as well as thousands of pages of research that is being used to develop materials to help struggling, and frustrated, language teachers who have almost no access to professional development in the countryside. My Cambodian NGO partner shares my vision of giving the very best to the children in his village, but imagine what we could do if we didn’t have to spend so much time trying to break down the walls of “sustainability”. Our school’s children are able and ready to bound into the future and lift themselves out of poverty on their own, but this attitude of “sustainability” is holding them back.

Everyone jumps on the bandwagon when a school needs to be built, but once the last nail has been hammered into the woodwork, all that remains is an illusion of progress. A school is so much more than just a building. A school means training teachers, implementing programs, supervising the staff, evaluating the students, and then revising and adding programs for the next school year. It is about recognizing success, and learning from failure. Yet at times, it is only about getting through the day against the most incredible odds, but knowing that giving up is not an option.

No child at my school wants a life of making just a dollar a day. In their teens, they dream of entering professions consisting of doctors, teachers, and accountants. However, their harsh reality becomes even clearer when there is no chance of finishing high school let alone getting a sponsor to send them through university. These dreams of lifting themselves out of poverty are gone. It’s time just to settle for any job that will bring in just enough money to pay for food. Thinking about tomorrow is no longer an option – only today matters. 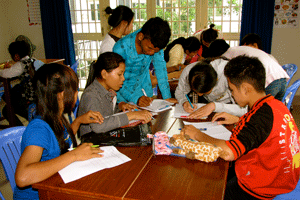 Students in class at The Bayon English Academy

Eradicating that disease of worthlessness starts with expectations – the same expectations you would have for your own children and from their school. Poverty doesn’t mean you lower them, it means that they must be even higher because of the myriad of challenges that the children have to maneuver through in their lives. This means realizing that tin-roofed, overcrowded NGO schools are not going to lift these children out of poverty and that development starts with giving them a real chance – not just the illusion of a chance – with better facilities, methods and well-designed programs. This is the first step towards keeping children in school to gain the skills to get them well-paying jobs so that they can start thinking about tomorrow. However, better facilities, methods and programs have been a greater step towards something much bigger – giving them self-worth so that they at least feel that their life is indeed as valuable as mine. It’s really not the numbness or the rage that get me out the door in the morning, but the hope that the children in my life have a bit more self-worth at the end of their lesson.