Don’t be Fooled by Political Posturing 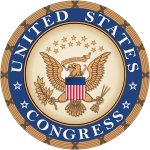 As attention focuses intently on the negotiations to raise the debt ceiling, House Republicans have made a great show of drawing a line in the fiscal sand. They claim that they will not vote for any deal that includes tax increases to narrow the budget deficit. But we all know how the game works in Washington. With the 2012 elections looming the Republican bluster is merely a bargaining chip that they will quickly toss into the pot when they sense a political victory. In fact there are signs that such a compromise is already underway.

House Republicans already have the power to avoid tax hikes and force significant spending cuts. All they have to do is refuse to raise the debt ceiling under any circumstances. That’s it. At that point the only discussion would be where to find spending to cut.

But Republicans want to raise the debt ceiling just as much as Democrats, they just want to gain political advantage in the process. They have widely accepted the Democrat stalking horse that a failure to raise the ceiling will lead directly to economic Armageddon. No party wants to be held responsible for such an outcome. Even if the expected Armageddon does not come, the Republicans will be blamed for any problems that follow a no vote on the increase, regardless of the true cause. As a deal is in everyone’s political interest, I am convinced it will happen.

When it comes, it will be structured in a way that allows both sides to claim victory. Each side will praise the other for putting politics aside and having the courage to work together for the American people. They will announce some kind of ten-year deficit reduction plan, with a seemingly large multi-trillion dollar headline number. However, you can be sure that no real spending cuts will take effect in the early years of the plan. All the real action will be scheduled for the later years of the current decade and beyond.

But as in all such plans, actions slotted for distant time horizons have minimal likelihoods of occurring. Unexpected developments (and in Washington all developments are unexpected) always reshuffle priorities. The plan will surely rely on rosy economic assumptions that exaggerate growth forecasts and understate the growth of government expenditures. When reality intervenes, and the assumed deficit reductions never materialize, and the economy continues to stagnate, look for Congress to pass emergency legislation that cancels all bets.

The compromise handed down in a few weeks will also likely include the elimination of tax provisions that the left have described as giveaways to businesses. For instance, Democrats will likely get their way about eliminating the “tax breaks” used by corporate jet owners. Expect the depreciation schedule for these aircraft to be lengthened from the current five years to the seven years that is mandated for planes owned by commercial airlines. While the revenue raised by such a move will be trivial, the rhetoric is far more important. And in this case the rhetoric is dead wrong.

There are no subsidies for corporate jet owners. The fact that corporations are forced to depreciate jets over a period of five years, rather than being able to fully deduct the expenditure immediately, is not a subsidy but a penalty. Just because commercial airlines are penalized more does not mean other corporations are getting a subsidy.

Republicans are also likely to cave on higher taxes on the rich. Some of these increases will be disguised as merely closing loopholes and others will just impose income caps on deductions. But do not be fooled. Some of these moves will bite deeply on the engines of our economy and make it even more difficult to run a profitable business in this country.

The new political spin echoed in Democrat talking points in coast to coast is that the rich are paying the lowest taxes since 1950. The bogus statistic results from the meaningless fact that federal tax revenues currently “only” constitute 16% of GDP. However this figure is rendered meaningless when considering the inflated nature of today’s GDP figures, and the exclusion of rising state and local taxes. When it comes to tax burdens, GDP means nothing. What counts is what percentage of income taxpayers actually fork over. Those numbers tell a different tale.

Today a married couple with a combined income of $250,000 (assuming each spouse earns 125,000) will pay about 40% of their combined incomes in Social Security, Medicare, and federal taxes, if they take the standard deduction. (I have included as part of their incomes and taxes the Social Security and Medicare taxes paid on their behalf by their employers – which in reality are borne by the employee anyway. I then added that figure to their incomes, and divided the total tax paid by that higher income. I did not factor in this year’s one time 2% payroll tax holiday.)

Compare that to a household in 1950 that earned $25,000 per year (the approximate equivalent to $250,000 today). Assuming all the income was earned by the husband, which was the norm at the time, the total tax take using the standard deduction and including both the employee and employer social security taxes, would have been just below 22%. In other words, despite claims that taxes are at their lowest levels in 50 years, today’s high earning couple pays over 80% more in federal taxes than their 1950 counterpart!

My guess however is that the real difference is even greater. In both instances I used the standard deductions to arrive at taxable income. But the 1950 code was far more generous than the current code in its allowances for tax shelters. As a result, my guess is that the typical couple making itemized deductions in 1950 paid less than half the amount of their modern equivalent. Of course back then there were also far fewer states imposing their own income taxes, and those that did generally had much lower rates than what prevails today. Local sales and property taxes were also lower.

It is interesting to note that about 45% of the total federal tax paid by this modern couple went to Social Security and Medicare. In 1950, Social Security represented less than 1.5% of their total federal tax (Medicare did not yet exist). If you just compare income taxes alone, the modern couple pays 24% in tax and the 1950s couple paid about 21.5%. It is no accident that advocates for higher taxes fail to mention this issue.

The debt problem does not stem from low taxes, but from high spending. I do not expect a deal to lift the debt limit will make any meaningful impact on either. Unfortunately both taxes and spending are likely to head higher in the years ahead. Americans should prepare for the sad reality.