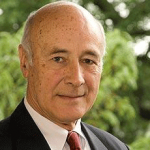 Considered one of the most influential scholars in American foreign policy, Nye speaks to Truman Factor about his latest book, «The Future of Power».

In «The Future of Power» you argue that in the era of globalization and information technology, the state with «the best story» may overcome the state with the largest army. How has global communication become a key instrument in matters of war?

Iraq is a good example of my point. The American army was able to defeat the Iraqi army in a matter of weeks, but the failure of the Bush Administration to obtain a second UN resolution meant that the narrative seemed to be one of illegitimate intervention in the eyes of many. That cost the United States dearly in its ‘soft power’ as measured by various international polls.

If power at a global scale is now sought not only by nation-states but also by large corporations, terrorist groups, etc., is it still realistic to think of only one actor (the US, for example) as the dominant force in the planet? Aren’t power-sharing partnerships or supranational institutions such as the U.N. destined to become more relevant in maintaining stability?

As I argue in the book, one of the great shifts of this century is power diffusion away from states to non-state actors. That does not mean that governments are no longer the most powerful actors, but that the stage on which they act is now more crowded. And many issues of transnational relations that cross borders – such as terrorism, climate change, pandemics – cannot be managed by military power, but will require the organization of networks and institutions for cooperation.

What are your thoughts regarding organizations such as WikiLeaks as the type non-state actors capable of influencing or igniting a shift in the balance of power?

WikiLeaks illustrates the way information technology has created super-empowered individuals who can disrupt normal processes of communications and diplomacy. It is not so much the particular organization as the fact that any individual can choose to disc lose vast amounts of privileged information. This may not change the balance of power, but it certainly does alter the processes of world diplomacy.

Some argue that Google has acquired great power by influencing society’s value-system, as the company’s search algorithms «decide» what is relevant and valuable. In other instances, Google is regarded as a threat to the system, and the state censors or limits its use, as it is the case in China. Isn’t it tempting for democratic and free-market states to seek control of these technologies in order to exert the kind of «soft power» you describe?

Since there are alternative search engines, we should not attribute monopoly power to Google, but certainly both state and non state actors try to manipulate or control the algorithms of such firms for various commercial and political purposes. For example, China feels it can control Baidu more easily than Google. But more generally, states try to use all aspects of the internet to project and protect against soft power.

If the Internet has contributed to a partial transfer of power from the state to its subjects, one might also conclude that a new type of citizen-watchdog has developed within the system. Wouldn’t new direct-democracy tools serve as state-empowering mechanism in a free society?

The internet can have democratizing effects that can strengthen free societies, but it can also be manipulated by authoritarian societies. In the long term, I suspect that net impact to be in the direction of democracy, but it is far from quick or certain.

You point out that the Chinese «believe that the recession of 2008 represented a shift in the balance of world power», and an opportunity for China to be «less deferential to a declining United States». However, you contend that, although China is certainly growing stronger, it has still significant domestic problems to overcome. If not an emerging competitor for power such as China, what do you think could challenge the United States’ dominance as a world power in the next few decades to come? What does the US need to do to maintain its leadership?

The United States is not in absolute decline, but if one sees the “rise of the rest” as reducing the distance between the US and other countries, one can portray this as relative decline even if the US remains more powerful than any single country. But to maintain a position of leadership, it will have to organize networks of cooperation with others. Images of hegemony are misleading. 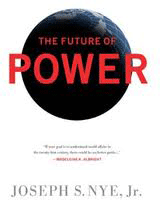 France and the United Kingdom have been eager to take center stage in the current intervention in Libya. Do you think that this a consequence of America’s effective use of «smart power» as «organizer of coalitions of the willing» or, as some argue, its inability to fully engage in more war fronts?

I have argued that Obama’s leadership on Libya was a good example of the new type of leadership that will be needed in a global information age. First, he waited for legitimizing resolutions by the Arab League and the UN to make sure the soft power narrative was correct, and then he shared the application of hard power with France, Britain, and soon turned it over to a multilateral institution, NATO. To my mind, that is ‘smart power’ that combines hard and soft resources.

During your time in the Carter and Clinton administrations you had to interact with many of your counterparts abroad. Could you share which foreign leaders or diplomats made the strongest impression on you?

I was fortunate to meet a number of impressive leaders. The one who impressed me most, however, was someone I never met in person: Nelson Mandela.

You have dedicated your life to International Relations as both a scholar and as member of the federal government. Is there enough international relations education in the most powerful country in the world?

There are a number of good international relations scholars and departments in American universities, but in today’s global age, education about global affairs must go beyond universities and engage schools and the public. We have a long way to go in both those tasks.