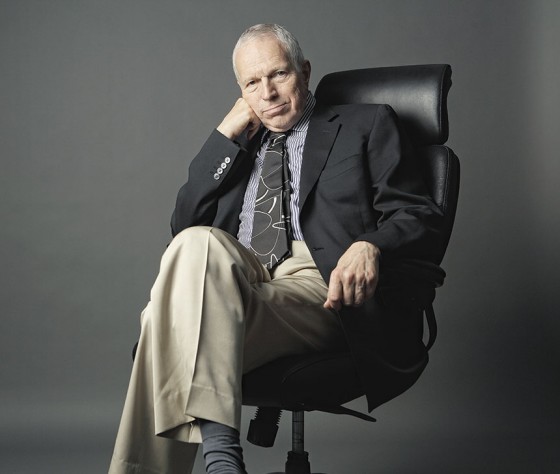 Last summer, Director of the Center on Capitalism and Society and winner of the 2006 Nobel Prize in Economics, Edmund Phelps, published “Mash Flourishing: How Grassroots Innovation Created Jobs, Challenge, and Change,” a book that analyzes the value system and intrinsic forces driving prosperity in market capitalism. Though a ‘book on Economics,’ Phelps’ latest work offers an insightful journey through modern Western economic history with an emphasis on philosophy, culture and the arts; a journey in which the author illustrates how a culture of innovation serves as the grassroots dynamism that propels “mass flourishing” –the widespread economic growth and human advancement in free market societies. In his book, Phelps also warns about excessive intervention, corporatism and special interests as the poisonous threats to such a widespread growth.

What are your thoughts coming out of the World Economic Forum (WEF) in Davos this year, where one of the central themes was growing inequality? How were your ideas on innovation and growth met at the Forum?

“There was no clear consensus on how to address inequality or, for that matter, how to address the stagnation that some of us see in the West. I view both phenomena as symptoms of a decline of dynamism in the once-dynamic nations – Britain, Germany and France in the postwar period, America in the late 1960s. My explanation of the decline has met resistance especially from the many business interests who live in denial that a slowdown has occurred.”

Six years into the European crisis, the prospects for stagnation in this part of the world echo the concerns you raise in “Mass Flourishing” –lack of innovation results in anemic economies and high unemployment. What is your current assessment of Europe today?

“I hope and expect that the nations in Europe hit hard by the financial crisis – Greece, Spain, Portugal, Ireland and Italy – will take steps to achieve a faster recovery. But after such a recovery, those nations will still be far short of the moral reconstruction that will be necessary to achieve “mass flourishing.” France, Britain and Germany have a long way to go too.

“The crucial challenge for Europe is to understand that “social protection” – the preservation and pandering of vested interests, cronies and insiders – far from being a godsend is the poison behind the stifling and stultifying economies in Europe. Moderate levels of social insurance are relatively harmless if financed by neutral taxation. Behind that protection in turn is the culture of corporatism, with its hostility to the modern values that once made the more modern nations great – values under the categories of individualism, of vitalism and self-expression. Of course, changing social thought will be a tall order. But I doubt that adequate change can come without such a cultural reconstruction.” 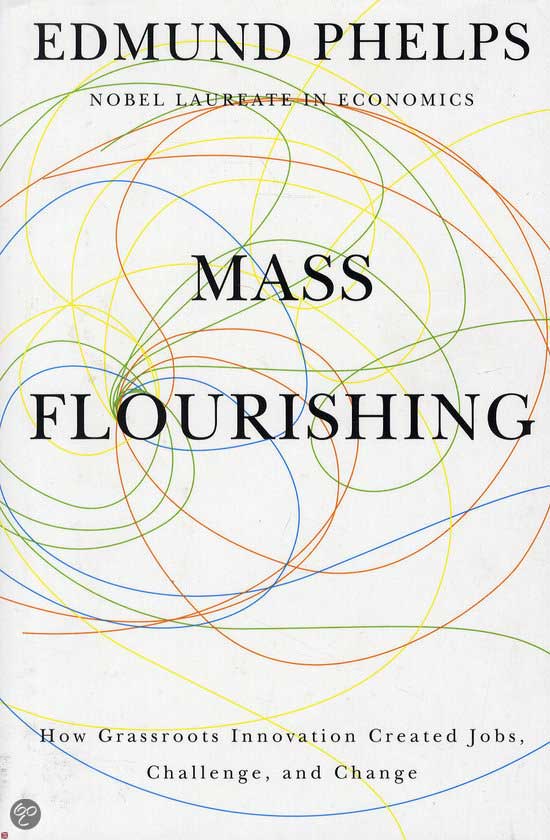 What is your view on the prospects for the Spanish economy to flourish? Is insisting on internal devaluation the only tool at our disposal for the time being?

“It is clear that for Spain to get from where it is to where it needs to be it will have to survive in the transition. I trust that Spain is not doomed to fail. I would recommend the program I have championed for nearly two decades – gradual subsidies to companies for their on-going employment of low-wage employees1. It is imperfect but at least it will function to pull up employment and wages at the bottom of the market. But the state cannot subsidize employment across the whole economy or even across the lower half. An “internal devaluation” may well prove necessary – if it isn’t already proven. The wealthy can pay a wealth tax and everyone can pay taxes on all sorts of government benefits just as they pay taxes on their incomes.”

Considering the current state of affairs in the euro zone, would you be on the eurosceptic camp calling for a looser block based on free trade agreements, or would you promote more integration?

“I think it would be very audacious to give an answer to that question in advance of running the experiment. My instinct would be to give the union a chance. At the moment, though, I don’t know how to institutionalize ‘fiscal discipline.’”

How does your thesis on innovation work for emerging economies, which are essentially commodity-driven and which, as the markets recently reminded us, are so dependent on other economies’ own growth?

“My feeling is that copying existing products or methods in order to take export markets away from other nations – as in the dreary times of mercantile capitalism – can never be a road to the new experience and personal growth that we would call “flourishing.” Those nations will become less dependent on and less vulnerable to the vicissitudes of the more successful countries as they work their way up the ladder toward more and more indigenous innovation and thus less commodity export.”

You don’t seem too preoccupied with speculation over the US Federal Reserve’s policies that keep making headlines and analysts on their toes over ‘tapering’ and eventual rate hikes.

“One style of practicing economics is to make new criticisms and suggestions all the time. It is fine that some economists practice their craft that way. But I feel that I myself will be more effective if I focus on the harm done by neglecting to think about deep reforms – from the established institutions to the deep-seated values that get in the way of creativity, exploration and change.”

A key message in “Mass Flourishing” is the need to clear bureaucratic and regulatory barriers to allow the private sector to bloom. Is clientelism the biggest enemy to mass flourishing?

“Yes, clientelism is the essence of social protection. Starting from a healthy economy, politicians would find that with small tax increases, each of which costs voters very little, they can gain contributions and political support from narrow interest groups in return for protection and favors bestowed by the state. So ultimately everyone is receiving protection and favorable treatment, which makes it difficult if not impossible for newcomers and young people with new ideas and creativity to break into the system. The cost is not just some loss of efficiency, so that wages are less than they could be. People are blocked from living genuinely rich lives of exploration and creativity except for various elites who manage to extract a large share of what the government offers.”

Your book chastises corporatism, fosters individualistic values, hails grass roots economic dynamism, and pushes for smaller government. This certainly reads like a laissez-faire paradise. Where in your argument would libertarians turn away?

“Libertarians are interested only in a small government, though they are completely vague about what would be small enough. They have no concept of the good life and appear not to care about what use, if any, might be made of individual freedoms. I am not a libertarian. I want the government to be as large as it needs to be in order to provide opportunity for the good life for all who contribute to the economy. At the same time, I do not want to see the government pouring huge amounts of precious tax revenue on projects that do not serve justice or the good life and setting tax rates on upper incomes so high that more revenue is lost than is gained. So I am in a lonely position! – opposed by both the right and the left. But I am not uncomfortable. I’m grateful I had enough years to think through to a reasonable view on the good and the just.”

Some point to a different reality when it comes to the impact of innovation on the economy, namely more capital-intensive and low-labor enterprises that will further put the job market under strain.

“I don’t justify innovation on the claim that it propels productivity upward. For me, the activity of attempting innovation is deeply rewarding in itself. And households get a kick out of new products. This is the innovative spirit America was blessed with in the 19th century. Abraham Lincoln exclaimed that in America there was “a perfect rage for the new.” The stimulus of the new, the excitement of exploration, the thrill of discovery and the joy of creating are right at the center of the good life.”

If the notions of extending opportunities for the good life and concerns about inequality are once again taking prevalence, what awaits us if we do not experience another paradigm shift to mass flourishing?

“Where modernism continues to be rejected and corporatism rules, ordinary people will not flourish. They will migrate to more promising countries, if there are any. I feel there is a real chance that East Asia will develop societies of modernism. They already have considerable vitalism and they recognize the need for greater individualism – thinking for yourself – and greater self-expression. As dean of the new Huadu Business School, I have been urging the Chinese to understand that beyond entrepreneurship, which they are already so gifted at, there is innovatorship, which would transform lives in china. Let us hope that Europe will realize before it is too late that widespread lives of richness and growth are possible and that the West can try to undertake the transformation needed to make such a life available to the people.”

1 Link to related article: «Subsidies that Save«