The Gold Standard Gets Another Look 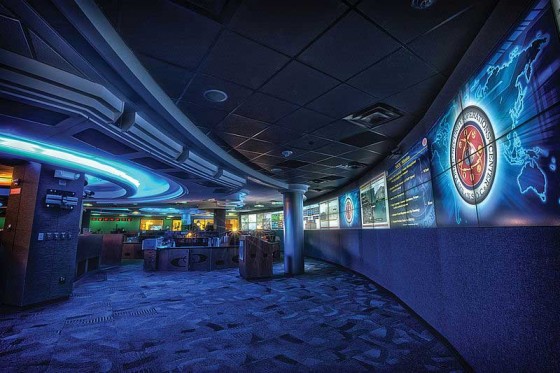 I wrote this in early November. A US District Court decision from last December 16, 2013 found that parts of the NSA’s mass data gathering are unconstitutional. It’s a small victory but a step in the right direction. In light of this decision, this article takes on renewed importance.

Before the Edward Snowden story broke, I watched a movie about East Germany. It was set in the time when East Germany was a communist dictatorship walled off from the world, like a huge maximum-security prison. The Lives of Others is a gripping drama that shows what that life was like. To say it was dehumanizing, that there was no justice, that people lived in constant terror of the secret police—the Stasi—does not even begin to describe it. For example, the Stasi had forensic information on every typewriter in the country. They could find the author of anything they didn’t like, and disappear him.

See the movie. By the way, the lead actor was hated in East Germany after the movie came out. Even years after communism collapsed, many of its victims are so scarred that they would prefer to blank it out. This is testimony to how horrific it was.

I normally write about gold and economics, but Edward Snowden has brought to the attention of America—and the whole world—a different issue. We advocates of the gold standard are, at root, fighting for freedom. So we should pay attention to this front in the same battle. There are many similarities with the fight for a free market in money, the unadulterated gold standard.

One of them is that the old notions of “liberal” and “conservative” seem almost inapplicable. It used to be that “conservatives” in the U.S. were in favor of more freedom and less government, at least nominally. But today, that’s not necessarily so. Wall Street is generally “conservative” and they are for a central bank, and its endless acts of Quantitative Easing.

Similarly, Republicans and “conservatives” are now coming out in favor of the National Security Agency, and defending its spying on American citizens. They do this in the wake of pervasive abuses that Snowden has disclosed. The Stasi could never have dreamed of some of the capabilities used against every American every day by the NSA, such as mass scanning of emails and phone calls, much less automatically building a list of contacts for each citizen or tracking everyone’s whereabouts in realtime.

Support for the NSA fits with conservatives’ strong support for “homeland security”. This term has been completely perverted, in a way that would make George Orwell proud. It is now about subjecting citizen-serfs to every conceivable inconvenience and intrusion, especially when they dare to travel by airplane, talk on the phone, send an email, get health care, or pay taxes. Instead of protecting the rights of the people, security agencies now exist to attack them.

Those who would defend the security establishment and the nascent police state may be “conservative” but they are no friends of man’s rights or of freedom. Some are blind ideologues, others are ignorant dupes, and many are just profiteering government contractors. It doesn’t matter; they are defending the indefensible.

It is shocking that people who grew up in a free country would staunchly support “fundamentally transforming” America into tyranny. And that’s what it’s about, tyranny and ultimately murder. There is no other reason to build a surveillance machine capable of watching everyone constantly, a healthcare system in which government bureaucrats make every life or death decision, a tax agency that knows what you think and who you voted for—and a militarized police force.

It’s a good thing that information disclosed by Edward Snowden has roiled the American electorate. He just may have gotten through to people with a wake-up call. I hope it is in time to change course.

The fight against surveillance, censorship, and pseudo-security has another similarity with the fight against fiat currency. If we lose the battle, it’s lights out. Our civilization will collapse into a new Dark Age.

The fight for honest money is linked to the fight against the police state. A police state will destroy the productivity that still props up the debt that backs the dollar. Alternatively, a dollar collapse will drive desperate, hungry people into the streets. This would provide cover for a crackdown and dictatorship.

Liberty had better achieve victory on both fronts!