Space-Based Early Warning: From MIDAS to DSP to SBIRS

Obama now faces a candidate who wants to undo almost everything he has championed. 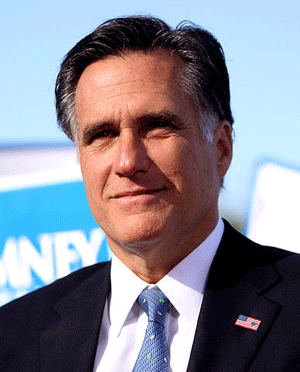 Rick Santorum’s termination of his campaign effectively ended the Republican race for the Presidential candidacy: Romney has already gained 666 out of 1,148 required electoral votes, while all his opponents only have a total of 471 votes.

This paves the way for a tight presidential contest until early Nov. Recent analysis by the Cook Report shows that about 25% of all 540 electoral college votes in nine swing states (mostly in the Midwest plus Florida) are too close to call. The Democratic camp is slightly larger than the Republican one but Obama’s approval ratings trail slightly under 50%, too low for a comfortable race. Those who elected him into the White House may be less passionate this time, polls indicate, given broad-based frustration about unemployment. Romney’s mainstream Republican policy approach clearly targets economic dissatis-faction by promising tax cuts (top income tax rate down to 25%, keep Bush tax cuts, eliminate capital gains, dividends and interest tax for those earning below USD 200k) and spending cuts (down to 20% of GDP), free trade agreements, a repeal of healthcare reform and of the Dodd-Frank Act, pro-business regulatory reforms and tough measures against China.

Obama now faces a candidate who wants to undo almost everything he has championed. This paves the way for clear campaigning on tax policy and distribution, the general role of government in society (with an almost 4 ppt. of GDP gap in desired federal spending levels) and healthcare in particular. Their rhetoric about China also differs. There is more similarity regarding domestic energy exploration, corporate tax reform and trade policy than meets the eye. The campaign will certainly become a tough, expensive fight in the battleground states, mostly about fairness, personal credentials and, above all, jobs. On that count, the numbers have been improving, and headline unemployment may fall below the 8% threshold considered key to Obama’s re-election prospects in Q3 of this year. All is set for a neck-and-neck race.