Iran’s Nuclear Program – Then and Now 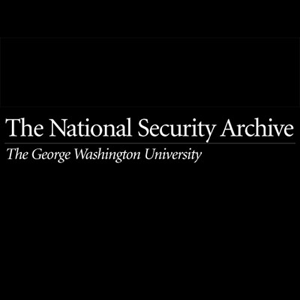 This invaluable history provides useful background on the missile attack warning systems–BMEWs and DSP, among others–that became available during the 1960s and 1970s. One chapter provides context for the creation of the National Emergency Airborne Command Post [NEACP] that became operational in 1975.

The Soviets surely read about the November 1979 false warning in the U.S. press, but whether their intelligence systems had already detected it is not so clear. In any event, Soviet General Secretary Brezhnev privately expressed his «extreme anxiety» to President Carter a few days after U.S. press reports appeared on 11 November 1979. The message was closely held, not only as «Nodis» («no distribution» except to a few authorized people), but also as «Cherokee,» a special information control established when Dean Rusk was Secretary of State (Rusk was born in Cherokee Country, GA) and used by subsequent Secretaries of State.

Officials at the Pentagon drafted a reply that became the basis for the message that was eventually sent to the Kremlin. Giving very little quarter, the text asserted that the Kremlin had used bad information and that its message made «inaccurate and unacceptable» assertions, that Moscow had little to worry about because U.S. forces were under reliable control, and that it did not «serve the purposes of peace or strategic stability» to make a fuss about the recent incident.

Excerpts from a memorandum to Secretary of State Vance to prepare for a routine coordinating meeting with Secretary of Defense Brown and national security adviser Brzezinski, suggest that senior State Department officials opposed rushing a response to the Soviet message. Although they agreed that the «tone» of Brezhnev’s message was «unacceptable,» they opposed giving the Soviets ammunition to exploit, wanted to discuss carefully the «merits» of the Soviet case, and did not want to appear too «cavalier» about the incident because that could make U.S. allies nervous when they were already discussing new U.S. nuclear deployments in Western Europe.

Vance’s adviser on Soviet policy Marshal Shulman had signed off on the memorandum on the reply to the Soviets, but had further thoughts. Believing that the U.S. could not really fault the Soviets for worrying about such episodes, Shulman noted that false alerts not a «rare occurrence» and worried about «complacency» toward the problem. Seeing the proposed reply as «kindergarten stuff,» he suggested more straightforward language. Whether this paper actually went to Vance is unclear, given the line crossing out the text.

The debate over the reply continued, and an alternate version was drafted, but the one that Vance accidentally approved was the version that Shulman and others in the Department and the NSC found «gratuitously insulting and inappropriate for the Carter/Brezhnev channel.» Shulman’s advice came too late; even though Vance reportedly disliked the reply, he did not want to revisit the issue. Instead of handling the memorandum at the Secretary of State level, Vance’s top advisers wanted it to be delivered at somewhat lower level such as by Assistant Secretary of State George Vest. The version that is attached to Shulman’s note is a milder version of what was sent (see document 8).

Before the Soviets received the reply, the State Department briefed permanent representatives to the North Atlantic Council to counter any attempts by Moscow to «cast doubt on the reliability of our nuclear control» and thereby influence the outcome of the ongoing debates over prospective theater nuclear forces [TNF] deployments in NATO Europe. This cable includes briefing information on what happened and also to demonstrate the «the redundant and complete nature of our well-established confirmation and control mechanisms.» The message was reasonably accurate about the cause of the false warning, not an operator error but the mistaken transmission of part of a test tape. Yet, as Scott Sagan has pointed out, this message wrongly asserted that the NORAD interceptors were launched because of an earlier alert; nothing of that sort had occurred.[11]

On 4 December 1979, Robert Louis Barry, an official at the Bureau of European Affairs, at a lower level than Assistant Secretary Vest, finally conveyed the reply to the Soviet embassy’s Minister Counselor Aleksandr Bessmertnykh (later an ambassador to the United States). Unlike the original Soviet message, it was not a head of state communication, Carter–to-Brezhnev, suggesting that relations were quite frosty in this pre-Afghanistan period. Possibly the version of the reply that Shulman saw as «snotty,» it described Brezhnev’s original message as «inaccurate and unacceptable.» Ignoring Brezhnev’s concern about «no errors,» the message insisted that U.S. strategic forces were under «reliable control.»

Apparently surprised by the U.S. reply, the Soviets took issue with it in a «non-paper» delivered to the State Department by their chargé. Arguing that they had not raised the issue to engage in «polemics,» the Soviets asserted that a «profound and natural concern» instigated their original message.

Sen. Gary Hart (D-Co), a member of the Senate Arms Services Committee, was concerned about what had happened on 9 November and visited NORAD for a briefing. While Hart wondered why the President and the Secretary of Defense had not been informed at the time, Lt. General Bruce K. Brown and other NORAD briefers explained that almost from the outset of the episode, NORAD officials saw a «a very high probability» that the warning was false. Hart also wondered why development testing on the NORAD 427M computer had been allowed; the briefers explained that NORAD officials recognized there was a problem and had recommended an auxiliary computer system as an «isolated» means for testing but the request had been denied because of «lack of funds.» Early in the message the briefers explained that they had stayed away from discussing the connection between the 427M computers and the Worldwide Military Command and Control System (WWMCCS). What may have explained that problem was ongoing concern at the Government Accounting Office and elsewhere that the WWMCCS lacked the capacity to meet NORAD’s mission requirements.

In a letter to the Air Force Chief of Staff, NORAD commander General Hartinger summarized the command’s report on the 9 November incident. That report is currently the subject of a declassification request to the Air Force. Not sure whether the incident was caused by a «human error, computer error, or combination of both,» Hartinger reported that «stringent safeguards have been established to preclude a repetition.»

Hartinger’s confidence was misplaced. Massively and overzealously excised by reviewers at the Defense Department, this memorandum discloses that U.S. warning systems produced 3 false alerts during May and June 1980. The May event, described in document 19, was a minor precursor to the 3 June incident.

This document reviews the false alerts on 3 and 6 June of Soviet ICBM and SLBM attacks, what apparently caused them, what SAC bomber crews did in response to the warnings, and the measures that were taken to diagnosis what happened and to ensure that it did not happen again. Corrective measures included a separate computer system for testing operations (which had been rejected before because of insufficient funds[12]) and a determination by CINCNORAD that the U.S. is «under attack» before anything beyond basic «precautionary measures» are taken.

After the first incident on 3 June, SAC, NORAD, and the National Military Command Center established a «continuous voice telephone conference» to ensure that nothing went amiss.

The authors of the «Fact Sheet» emphasized the importance of the «human safeguards» noting that officers at NORAD were aware that electronic warning systems were working as usual and that the displays showed no unusual activity. An article in The New York Times published on 18 June («Missile Alerts Traced to 46¢ Item») included details on the response to the warning not mentioned in the «Fact Sheet,» asserting that missile crews went on a «higher state of alert» and that submarine crews were also informed. The Times’ writers, however, were not aware that NEACP «taxied into position» as part of an emergency routine.

Reginald Bartholomew sent a briefing memo on the incidents to Secretary Muskie, noting that «these incidents inevitably raise concerns … about the dangers of an accidental nuclear war.» The media had already picked up on the story[13], so there was some possibility of a Soviet complaint, although «the tone may well be sharper» in light of the tensions over the Soviet invasion of Afghanistan.

In this memorandum, Brown provided suggestions on how to answer media questions about the false warning problem. Treating false warnings as a byproduct of computerized warning technology, he emphasized that «human safeguards» ensured that there would be «no chance that any irretrievable actions would be taken.» While «any missile warning indications», false or otherwise, would force SAC to take «precautionary action» by raising the bomber force’s alert status, Brown did not believe that anything more would happen.

Assistant Secretary of Defense Dinneen (former director of Lincoln Laboratories) apprised Brown on the efforts to identify what had caused the false alerts and what could be done to fix the problem. A task force studying NORAD computer problems had identified a «suspect integrated circuit» as the most likely culprit (although they were not 100 percent certain). Various measures had been taken or under consideration but the details have been excised. A few days later Dinneen would brief the press on the failure of the 46¢ chip.

During a meeting between Secretary of State Muskie and Ambassador Dobrynin, the latter asked about the recent «nuclear alerts,» which Foreign Minister Andrei Gromyko had already raised with U.S. Ambassador to Moscow, Thomas Watson. Muskie downplayed the problem on the grounds that the false signals would not create a «danger of war» because of the «interposition of human judgment.»

Here Brown updated Carter on the explanations for the recent false alert, corrective measures (e.g. special alarms when warning messages arrived so they could undergo confidence checks), and reactions by Congress and the public. Carter approved Brown’s report with an OK but was surprised (see handwritten exclamation mark) by the statement that «NORAD has been unable to get the suspected circuit to fail again under tests.» That conflicts with a statement in the Senate report that what caused the 6 June incident was an attempt to reproduce the earlier false alert, but perhaps subsequent attempts failed. Brown reminded Carter that «we must be prepared for the possibility that another, unrelated malfunction may someday generate another false alert.»

This NORAD document provides a chronology of the episodes of 28 May, 3 June, and 6 June 1980, although leaving out some events, such as the role of NEACP in the 3 June incident.

This excerpt from a Pacific Command history discusses the launching of the Pacific Command airborne command post, «Blue Eagle,» during the 3 June false episode. As the chronology in document 19 indicates, the warning was determined to be false before «Blue Eagle» had taken off, but it stayed airborne for several hours.[14]