The implications of the present situation in Spain could be more far reaching than is currently anticipated and the contagion it represents could lead to a fundamental change in the world’s monetary order. 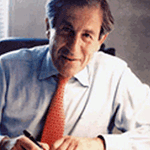 Recently, the world’s economic leaders, including economists at the European Central Bank, the European Union, the International Monetary Fund, and the U.S. Federal Reserve, supported by most of the mainstream financial media, assured the world that the debt agreement worked out between Greece and its creditors would help put an end to the European-wide debt crisis. In reality, the crisis has merely been papered over. Despite the broad rally in stock and bond markets over the past few weeks, I firmly believe that Greece will likely require another bailout within a year.

But for all of Greece’s fiscal problems, another overstretched southern European nation, Spain, has taken over as the principle actor on the sovereign bankruptcy stage. Unfortunately for the rest of the world, the Spanish economy is nearly five times larger than Greece’s. The implications for a Spanish default, then, are proportionately even more severe.

For much of the hand wringing over Greece, the numbers involved were never large enough to seriously threaten the entire global financial edifice. A Greek meltdown would have likely infected the rest of the planet with the economic equivalent of a bad cold. But debt contagion emanating from Spain could be that country’s most dangerous export since the Spanish flu pandemic of 1918-19 (which killed some 5 percent of the world’s population). If, as some have suggested, a Spanish crisis could lead to questions being raised about France’s economic health, the resultant fallout could be the global financial equivalent of pneumonia.

How is it that only a few weeks ago the Eurozone’s debt problems were pronounced as ‘contained,’ yet now Spain has suddenly arrived on the doorstep of a full blown crisis? In reality, recent events were a long time in coming.

As was the case with Greece, Spain likely falsified its national accounts to gain entry to the Eurozone. Membership promised a strong currency and access to a steady stream of buyers to snap up their sovereign debt at relatively low costs. In order to extend the power base of the EU, and to realize the somewhat naïve dream of European unity, the stronger nations of the Eurozone perhaps turned a blind eye to Spain’s accounts. Furthermore, EU politicians ordered the granting of massive amounts of cash to countries such as Portugal, Italy, Ireland, Greece, and Spain (PIIGS). These grants acted as effective political bribes to ensure the parliamentary approval of pro-EU legislation. It was a fix and a disaster waiting to happen.

Four years into the financial crisis, things continue to look very bad for Spain. They are still reeling from the bursting of one of the largest housing bubbles on the Continent and social tensions are rising on recent austerity-driven reforms. During the boom, the government spent massively on ill-advised infrastructure projects but, despite all this, unemployment is now at 24 percent overall and, among the young, it’s well over 50 percent (see Andrew Schiff’s discussion of Spain’s wasteful infrastructure spending in a previous article). Like other southern tier countries, Spain has dismal demographics, with a rapidly expanding pool of retirees and extremely low birthrates. The result is a diminishing pool of young workers who can pay for the lavish retirement benefits promised by the government.

Worse still, government officials misled markets about the true severity of their economic plight. The former government maintained that Spain’s debt-to-GDP ratio was some 60 percent. Now it emerges that this figure is at least 90 percent and possibly approaching 200 percent when government guaranteed debt is included.

In March, Spanish bank borrowing from the ECB doubled, which indicated a serious decline in bank liquidity. If, as some expect, Spanish real estate declines by an additional 30 percent, the banks will need more cash to prevent defaults. And although the government of Prime Minister Mariano Rajoy has committed to an ambitious austerity program to reduce the government’s budget deficit to 5% of GDP this fiscal year, many have questioned whether he has the courage, or even the authority, to see the plans through. To many, the country appears to be following a path much like the one Greece traced out last year.

Private markets tend to punish financial dishonesty severely. Yields on Spanish bonds are widening with their ten-year debt having breached the 6.0 percent level for the first time since December. Later this week Spain faces a major auction of ten-year bonds. Expect markets to be paying close attention.

The time gained by papering over Greek and Italian problems has allowed French and German banks to shed some of their Spanish debt holdings. Voters and even government officials in these nations, then, may be less willing to exert themselves to save Spain. When markets finally realize, however, that debt default [may be – is perhaps] imminent, buyers may be nowhere to be found. The risk of a disorderly Spanish default could spread rapid destabilization, putting enormous pressure on the already weak euro.

The implications of the present situation in Spain could be more far reaching than is currently anticipated and the contagion it represents could lead to a fundamental change in the world’s monetary order.