Germany will have to change their tone or risk being the ones seen responsible for breaking up the Eurozone and causing strife across Europe. 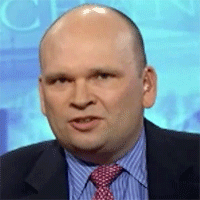 RSI, as a simple indicator of something being oversold or overbought has move to extreme levels on the S&P500, the Euro, IG18, HYG, and pretty much anything else I bother to check. The market is ripe for some sort of a bounce and it looks like policy makers will deal give it their best shot.

The landing looks harder than most thought, but China’s premier Wen Jiabao made a pledge to growth. I’m not sure when and if China had stopped trying to grow, but for now the market is happy with this pledge. Of all the regions, China and Asia seem the least clear to me. I have this feeling though, that if Wen says growth, the numbers will show growth (largely because I don’t believe the numbers are particularly accurate).

The key to any real change in Europe will be if they can defuse the potential for a bank run.

Germany is really the odd country out. They have been driving the process and quite confident with the hand they have been dealt. But, only now are they realizing that Ace, 2, 3, 4, 5 is not actually a straight. Germany only has “ace high” and need to scramble for some better cards.

For all the might of Germany, they are not big enough on their own to drive policy. As key as Merkel has been to pushing the mess along in this particular direction, she did need France. The two of them combined had the power, and economic strength to push through policy. Merkel has ostracized much of the EU and without Hollande supporting them, Germany will have to change their tone or risk being the ones seen responsible for breaking up the Eurozone and causing strife across Europe. The Germans have a strong aversion to once again being cast as the destroyers of Europe. That alone should change their tune and give some support to those who hope more spending and growth policy will do something (it won’t work as we have analyzed multiple times, but it can help the market briefly).

The other reason Merkel’s hand just got a lot weaker, is they are starting to realize how much trouble Germany itself could be in if there is a cascade of countries reverting to old currencies, or defaulting.

The ECB’s SMP portfolio is still over €200 billion. If Greece defaults or reverts to the drachma, there will be losses on the SMP’s holdings. Those losses would accelerate as other countries leave. If some of the private banks or national central banks the ECB has been supporting can’t pay for their secured lending in a post Grexit world, the ECB takes those losses. With the size of the ECB balance sheet, those losses will 10′s of billions in a heartbeat, and could grow into the 100′s of billions. The ECB either has to make the losses disappear with some money printing, or collect money from the “member states”. But guess what, by the time that occurs, you are pretty much left with Germany, France, Austria, the Netherlands, and Finland with any real ability to pay, and at least a couple of those are likely to say no (Finland one obvious example). The ECB’s losses are “joint and several” so ultimately Germany and France could pick up the entire tab.

There is some inane talk about shifting all the ECB’s losses to the EFSF. At that point the ponzi will be exposed in all its glory, so the markets may react even worse than the ECB taking its lumps directly. The EFSF would spread the losses across all the countries involved, though I imagine that Spain and Italy would be quick to “step out” of the EFSF, leaving the losses once again in the hands of Germany and France.

The secondary market programme has been an unmitigated disaster. It did little for the markets even when it was in play and now creates a major problem as the ECB faces real losses, and the attempt to avoid those continues to direct policy in less effective ways.

All of the EU and IMF loans that came before the EFSF had similar problems in that Germany will ultimately bear the cost of losses. Two year’s worth of policies that were supposed to protect against contagion have done nothing but ensure contagion.

So Germany has to back off. It isn’t big enough to tell everyone what to do, and the losses it would face from a wave of exits is potentially too large even for it to handle. It has to realize that their fears of inflation, while probably right, look wrong in the short term. The austerity argument needs to be refined, and turned into a long term sustainable debt load argument, and they can’t risk this game of chicken where everyone loses, with Germany possibly losing more than the defaulters.

The ECB will continue to provide lots of money to the system. It is what they do. They will likely allow the ESM to be a bank. That means that no actual investor will have to lend the ESM money, and the ESM can just use some ECB facilities to raise money. It further enshrines the ponzi, and will be good for the markets, though seeing how quickly LTRO has lost its magic, the market is showing less willingness to be tricked into yet another scheme that has all the same institutions involved, just in new ways.

The key to any real change in Europe will be if they can defuse the potential for a bank run.The risk of a bank run in Spain in particular is large, but if you get a Grexit, you will see other countries under a lot of pressure. There is some noise that the ECB will come out with some form of pan-European depositor insurance. That would be great if it protected against conversion risk. The worst bank outside of Greece in terms of losing depositors seems to be Bankia. But even with Bankia, there doesn’t seem to be a high expectation of default. With the government and ECB around, it is unlikely creditors, and depositors in particular will lose money from a bankruptcy. That is by and large true of all the banks in Europe. This is VERY different from last year. Last year, bank default risk was perceived to be high, this year, far less so. The bank run will come from depositors who don’t want their Euros turned into something else. Unless depositor protection carries some form of conversion protection, which could cost the ECB a lot of money, the effect will be negligible.

I expect some announcements out of Europe. A policy shift towards “growth” and some new ECB plans. I don’t think they will work well, especially if they don’t address the root of depositor fear in Spain, Ireland, Portugal, and Italy, but with so many indicators pointing to oversold conditions, the markets could snap back, and that is the way I’m leaning.

Far too much emphasis is being placed on this company as a driver of the market, and it is just misplaced.

The economic data came in pretty weak last week, with some big misses. That added to the weakness, but jobs data and housing seemed stable. The data plays well into a Fed itching to launch some more QE. Data that was weak enough to justify the Fed’s urge to print. Weakness in the bank stocks also helps the Fed’s case. Whether we like it or not, the Fed is very aware of the recent sell off in bank stocks and widening of credit spreads there. MS CDS spreads were 348 on May 1st and are now 452. That is a big move and will encourage printing sooner than later. Moves in the High Yield market (easily seen through HYG) are another key indicator the Fed will be watching and will be very nervous about. The new issue market is slowing on the back of the turmoil in the secondary markets, another thing for the Fed to grow concerned about. The Fed will move to act if it sees credit markets deteriorating and signs that it is becoming more difficult and far more expensive to access credit.

The JPM story should be almost done this week. I think we will find out that the losses, even after all these wild moves in credit markets will be similar to what they were on the day of the announcement, and that the position will have been reduced further. That should take pressure off the market. We will find out that no other bank had the same trade on. There will be some winners and losers, with hedge funds likely the big winners, but banks as a whole doing okay. Confirmation that JPM is relatively isolated, and that they managed this better than the numbers of $5 billion being thrown around should also be enough to support an oversold market.

I have no idea what to make of Facebook’s trading. I think it is good they were able to raise so much money. I am not sure whether the price is too high or not. I think the big houses claiming this would lure retail back into the market are insane. Retail is paying attention to the market, but aren’t going to be fooled by any single event. I wouldn’t be shocked if FB winds up at 45 or at 30. In the end, I don’t care that much. Far too much emphasis is being placed on this company as a driver of the market, and it is just misplaced. It is a business with a lot of potential, but it doesn’t strike me as an important indicator for today. Companies like AAPL, GE, JPM, XOM, etc. remain far more important as they have business that are valued on today’s and tomorrow’s potential earnings, not on some hope (misplaced or not) of what the company will achieve 5 years from now. With Nasdaq fixed by now, look for the underwriters to try and drive this stock higher again, but don’t expect it to last.