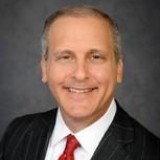 If my calculations are correct, when this baby hits 88 miles per hour… you’re gonna see some serious _ _ _ _.1

It seems engines are revving and it may be time to go forward to the past. Earlier this month, a large and well respected asset manager that has begun taking positions in gold expressions issued a report in which it began to justify gold’s relative value. One metric it used was comparing the quantity of currency in the world to the quantity of gold. The report concluded that using this metric, the relative value of gold would be about $2,500/ounce, a significant premium to its current spot price.

The analysis posited gold’s value upon a return to the gold standard, posing the question: “what if the entire world’s gold were used to back the global supply of fiat currency?” It then explained that there are approximately $12.5 trillion of physical and electronic global currency reserves and in excess of 155,000 metric tons (tonnes) of above-ground gold (which would imply a price of approximately $2,500/ounce if current global bank reserves were to be backed by gold). As you know, we agree fully with the concept of finding one’s value bearings on gold by pricing its quantity vis-à-vis the quantity of reserves (as per our Shadow Gold Price); however, we thought it important to explain the flaws in the method used above, and to augment it in a way we feel better portrays gold’s present value.

First, we do not think $12.5 trillion in global base money is the relevant figure to use as the numerator.

The only reason there would be a conversion from a fiat monetary system to a gold standard would be continuing financial pressures, specifically pressure from the commercial marketplace to deflate the value of systemic credit. This credit-deflation dynamic began in 2008, and has been forcing global central banks to print more base money (bank reserves) with which to service and repay that credit. In a global monetary system in which the future purchasing power of currencies is respected and the system is generally perceived as solvent, there would be no need for a conversion to a fixed exchange rate (a gold standard). So, any discussion of conversion must presume further stress weighing on the marketplace; the ongoing perception of endless money creation that threatens further purchasing power loss. A gold standard would be demanded by global commercial counterparties and savers. Central banks and their treasury ministries would ultimately be forced to cap such fears by “fixing” the exchange value of their currencies to gold.

So the numerator in the calculation should not be the current level of base money, but the amount of unreserved credit in the system (i.e. global bank assets). (Fiat currencies are largely credit currencies, created primarily in the banking system as unreserved loans that create offsetting deposits in kind.) Thus, we think the most appropriate benchmark to use as the numerator in the calculation would be global bank assets – about $100 trillion – not $12.5 trillion in global base money.

Second, for gold to be money in a gold standard overseen by governments, the denominator used must be official gold holdings – not total above-ground gold in the world. Otherwise, the mechanism of a gold standard – the ability to exchange a government-sponsored currency for gold interchangeably at a fixed rate – would not work.

As per the World Gold Council, about 31,000 tonnes of gold is held in official hands (only about 20% of total above-ground reserves). Central banks have no legally or ethically enforceable claim on the balance of the 155,000 tonnes, which is held in private hands. This implies that the denominator in the calculation would have to be much closer to 31,000 tonnes than 155,000 tonnes.

So, we agree with the logic of dividing base money by gold holdings to find gold’s “intrinsic value” (as per Bretton Woods and our Shadow Gold Price), but we believe the reasonable value upon conversion to a gold standard would be many multiples higher than $2,500/ounce.

We are heartened that some of the world’s largest and most sophisticated financial asset investors are beginning to consider money and gold stocks into their present value analyses for currencies, and in turn into their portfolio allocations. We believe allocations to gold will increase substantially as investors previously dedicated to stocks and bonds progress in their analysis.

Herewith a reiteration of our proposal of a transmission mechanism to a fully-reserved banking system, gold standard and fully-funded federal debt in the US:

1) The Fed purchases all existing bank assets via the creation of base money on a one-to-one basis (i.e. deposits are replaced with base money which reduces bank leverage to 1)

2) Banks are commensurately required to lend only against time deposits they can source (banks become credit intermediaries, not creators)

Theoretically, the notional size of the existing money stock would remain stable so there would be no diminution of purchasing power by existing currency holders. The wealth redistribution that would occur at revaluation would be from current non-gold asset holders to gold holders, which is a byproduct of bank system deleveraging regardless of whether it is market-driven or policy administered.

While some continue to argue that the US can only get its fiscal house in order by running trade and/or budget surpluses, it would seem the US’s official gold stock could be revalued to the extent that no trade or budget surplus is necessary as any sort of precondition. Going forward, of course, if the US were to allow trade and budget deficits to persist, it would lose its gold in the process and the credibility of the dollar would decline in sympathy.

The Fed would pay for Treasury’s gold at a price high enough to provide the proceeds to Treasury to pre-refund ALL of its debt. At the current U.S. bank asset to base money ratio, that number would be about 5 to 6 times the current spot price. In the aftermath of the dollar’s devaluation against gold, it clearly would behoove the Fed to support gold as its own reserve base going forward.

In aggregate, bank assets are marked at a premium to market value so banks would gladly dump their assets as marked. Banks would then have incentive to offer rates of return and maturity terms to depositors that are commensurate with the banks’ lending opportunities (as things should be).

Fears of US Treasury paper free-falling into a bottomless pit in response to the dollar devaluation are unfounded as these liabilities immediately become fully-funded by Treasury’s gold sale to the Fed. There would be no domestic or foreign public/private bids required.

In theory, the bank assets/loans the Fed would purchase could be marked down 90% if need be and still not impact the solvency of the Fed. The Fed could simply bid gold up X times to maintain its capital cushion. (After all, the Fed is the monopoly supplier of base money.)

Some have argued that such a policy maneuver would put incremental pressure on non-US entities that have borrowed in USD terms. We disagree as the USD money stock that supported that debt originally would be unchanged in terms of its quantity. Only the mix between base and credit/deposit money has changed. Some have also argued that US Treasury paper would be susceptible to ratings agency downgrades as a result of these actions. Hogwash. Nothing would have occurred except an exchange of base money from the Fed to Treasury and gold from Treasury to the Fed. Thus, if anything, Treasury paper would be upgraded immediately as Treasury payments would be immediately defeased by the newly acquired base money proceeds from the gold sale to the Fed.