Gold: Hold It or Fold it? 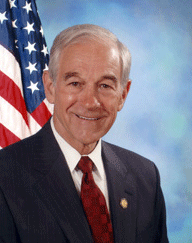 Picking up where they left off in 2008, the media is in the midst of a campaign to ignore and undermine the presidential candidacy of Ron Paul (they gave me even rougher treatment during my 2010 Senate run). Political pundits just do not know what to do with a candidate who fails to fit into the blue and red boxes that form the simple narrative of American politics. They are perturbed by the grass roots nature of the campaign, by the strange honesty and earnestness of the candidate and his supporters, and the odd mixture of conservative values and liberty-minded policies. And like most adolescents, they reject what they don’t understand.

The media’s revulsion reached a fever pitch in the wake of the August 12 Iowa Straw Poll, the first test of the strength of Republican Presidential candidates. Objectively the results were a dead heat between Michelle Bachman and Ron Paul, who captured 28% and 27% of the votes respectively. But you would never have known that based on the subsequent media coverage.

The story that almost all news outlets ran with was that the poll produced a «top-tier» of candidates that included Bachman, Mitt Romney, and Rick Perry (both Romney and Perry received less than 5% of the Iowa vote). There was almost no mention of Congressman Paul’s strong performance. The media also ignored how Perry’s entrance into the race will draw votes away from Bachman, thereby benefiting Paul. The media silence even prompted comedian Jon Stewart to issue a hilarious and scathing indictment.

Now the media is even impugning what should be seen as the Congressman’s most successful accomplishment: the performance of his investment portfolio.

In an August 20 article entitled «Candidate of Doom and Gloom,» Barron’s Magazine goes out of its way to characterize Ron Paul’s gold mining-heavy portfolio allocation as simplistic, robotic, and unpatriotic. And while the reporter, Barron’s Washington bureau chief Jim McTague, grudgingly recognized how these «stopped clock» investments had made strong gains over the last few years, he glaringly under-reported the long term success and wisdom of the Congressman’s strategy.

By any objective standard the portfolio would make any financial superstar green with jealousy. Fueled by his understanding of the inflationary policies unrelentingly pushed by his colleagues in Washington, Ron wisely loaded up on gold and gold mining stocks in the mid to late 1990s when those assets were regarded as the poor stepchildren of Wall Street. Although these assets have significantly beaten the broad markets over the one and three year time frames used in the article, most of their phenomenal gains occurred earlier in the last decade. McTague, however, completely neglects to mention this despite his noting that Ron Paul favored a «buy and hold» strategy that surely gave him exposure to those fat years.

Amazingly, the average 10 year return of the 8 stocks listed in his top 10 holdings (that have 10 year track records – the two other positions have not been around that long) came in at more than 600%! During that time frame the S&P 500 was down 3%. Is there any stock mutual fund that can even touch that performance over a decade? Not likely.

If Barron’s chooses to label this strategy as «stopped clock» investing, so be it. But a more honest assessment would simply call it «successful» investing.

But ignoring his returns is just a minor offense in the article. Its main attack is far more subtle. Using evangelical language, McTague stresses that the Congressman’s investment decisions were informed by a lack of faith in the United States. His portfolio is described as a «super bearish bet against the United States,» implying that the Congressman is unpatriotic. Would it have been more patriotic to foolishly bet on the U.S. economy and to have gone broke like the majority of American investors?

More pernicious still are implications that the Congressman opposed the recent debt ceiling increase because he was looking to goose his investment returns. The article argues that an engineered default (by failing to raise the ceiling) would have caused economic crisis in the U.S., thereby pushing up the price of gold and gold-related investments. Not only is this a low blow but the logic is faulty at its core.

It is much more likely that a failure to raise the debt ceiling would have signaled an end to reckless spending and currency debasement, which would have restored confidence in the U.S. dollar and taken the shine off of gold and gold-related investments. In fact, all of Paul’s efforts in Congress over the decades to champion more responsible monetary and fiscal policy can be seen as detrimental to his own investment portfolio. If anything, his actions have been selfless rather than selfish.

Like most investment professionals, Ron Paul’s opponents likely failed to comprehend the damage the overly expansive monetary and fiscal policy would do to our economy and, as a result, adopted mainstream investment strategies. While Barron’s could try to characterize such approaches as being more patriotic, it certainly cannot describe them as being more successful. Isn’t it about time we elected a president with some substance rather than someone who pantomimes in the preferred manner? Who do we want working in the Oval Office anyway: one of the few who understood how government policy would undermine our economy, and arranged his finances to profit from it, or one of many who had no clue?

The fact that Ron Paul chose to invest as he has is a testament to his intellect and his pragmatism. The fact that he voted the way he did, and tried relentlessly to persuade his colleagues to do likewise, in direct opposition to his personal investment strategy, is a testament to his patriotism. He knew that his appeals would fall on deaf ears and that Washington would destroy the dollar in its quest to «save» the economy. So while he tried to stop the train from running off a cliff, he took the sensible step of buying a parachute. Sounds like a guy I would like to see in the White House.

Too bad no one in the media seems to share these views.