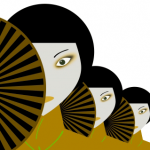 In the aftermath of the destructive waves of the 38.9-meter-high tsunami, which obliterated the protective sea walls surrounding the Fukushima nuclear reactors, one of the biggest criticisms from the foreign press was the tight-lipped response to the extent of the damage at the nuclear reactors and threat of radiation leaks in the surrounding area and the potential for this radiation to make its way to Tokyo —Japan’s largest city with almost 13 million residents. Many foreign correspondents were frustrated with the lack of criticism from the Japanese media of the government and Tokyo Electric Power Company’s (TEPCO) upper echelon, as well as the lack of attempts to provide information collectively from the government, TEPCO and the Nuclear and Industrial Safety Agency (NISA).

However, many overseas news organizations have the premise that Japan has the same constitutional right of freedom of the press as other democratic countries. Freedom of the press does exist in Japan, but there is much greater self-censorship among Japanese news organizations than among their overseas counterparts. This is due to the existence of kisha kurabu (press clubs), which are attached to an array of government ministries, political parties and business groups. The only way for newspapers, wire services and broadcasting companies to gather news is to be a member of these clubs. Since these clubs monopolize information sources, reporters are pressured into dispatching news that show these institutions in a positive light through goshūgi genkō (obligatory articles) or risk having their press club memberships revoked if they write negative stories.

This explains the lack of criticism of the Kan Administration, NISA and especially TEPCO from the Japanese media in the immediate aftermath of the nuclear crisis. This self-censorship has resulted in very cozy relations between the press clubs and the institutions they are supposed to be scrutinizing. It is not surprising that not a single reporter questioned TEPCO about radiation leaks until almost two weeks after the start of the crisis. This system makes it almost impossible for foreign journalists to gather news since they are at the mercy of the kisha kurabu for this information.

Breaking with this kisha kurabu tradition, government authorities started to field questions from foreign journalists through interpreters from mid-March, and the Chief Cabinet Secretary of the Democratic Party of Japan (DPJ) Yukio Edano even conducted interviews with foreign news organizations later that month. This was obviously an attempt to combat the overseas sensationalist reporting and to repair some of the damage from these reports. Such reports led to widespread hoarding and empty supermarket shelves throughout Tokyo and its neighboring suburbs, the mass exodus of many from the foreign community out of Japan, and embassy advisories against travel to Japan. Nevertheless, the DPJ is at least taking the first step in opening up Japan’s exclusive press clubs to more non-mainstream media outlets.

In addition to the lack of criticism of the government’s handling of the nuclear situation, foreign media outlets were puzzled by the array of separate news conferences held by the chief Cabinet secretary, TEPCO and NISA. Although the foreign press was demanding full disclosure of the threat of radiation, Japanese cultural norms prevented information from being offered from one collective entity.

Those who belong to an uchi group have a symbiotic relationship with its other group members; they can always depend on each other to protect the face of each group member and the face of the group —the pinnacle of group dynamics in Japanese society. As a consequence, Japanese often find it difficult to interact with soto members because there is no guarantee that soto members will protect their face and save them from shame.

Not surprisingly, such group dynamics resulted in the separate press conferences by each of the institutions involved in the Fukushima crisis. The Cabinet, TEPCO and NISA avoided collective action because they could not be assured of face-saving measures from their respective soto groups. Despite efforts to protect the face of their own group, the Cabinet, TEPCO and NISA ironically ended up losing face in the eyes of the foreign and Japanese media.

Media sensationalism only brought more panic and uncertainty to an already dire situation during Japan´s Fukushima crisis. Ultimately, the long-established cultural practices of self-censorship and saving face played a role in fostering this sensationalism.