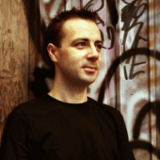 «Most transitions are driven by political considerations, not competence and preparation» -Guy Kawasaki 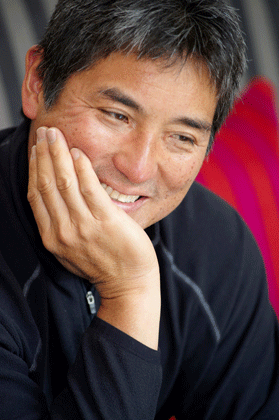 Founding partner of Garage Technology Ventures, a venture capital firm based in Silicon Valley, Guy Kawasaki is recognized as one of the world’s leading authorities on business marketing and high-tech entrepreneurship. Responsible for marketing the Macintosh back in the eighties as Apple’s «chief evangelist», Kawasaki is also a successful writer, blogger and public speaker. Kawasaki is the author of over ten books including Enchantment, Reality Check, The Art of the Start, Rules for Revolutionaries, How to Drive Your Competition Crazy, Selling the Dream, and The Macintosh Way.

The economy doesn’t need to be good.

It is often said that economic downturns represent an opportunity to engage in entrepreneurial activities; an ideal ecosystem for innovative projects to flourish, that is. Do you agree?

«Ideal» might be too strong a word. I don’t think anyone sits around wishing for a downturn in order to start a company. The point is that the economy doesn’t need to be «good» either. The advantage of a downturn is that the cost of labor and real estate is lower. If you couple this with the fact that marketing is free or cheap by utilizing blogs; Twitter, and Facebook, tools are free or cheap because of Open Source; infrastructure is cheap because of cloud-based computing, then you’d have to conclude that this is a good time to start a company.

Since the financial crash of 2008 access to the second mortgages and personal credit lines that have historically served as seed capital to the self-employed has tightened severely. Has the same occurred in the venture capital investment sector?

Yes, the same has occurred in the venture capital business. But, as I just mentioned, the costs of starting a company are much lower today, so I would make the case that venture capital and venture capitalists are less necessary than ever. Thus, innovation and entrepreneurship has hardly stopped because of a lower level of investment.

I doubt that newspapers will retrain people to pay.

Newspapers are finding it difficult to adapt their business models to the Internet and point much of the blame to the fact that users have come to expect content online to always be free. Is it really a matter of consumers not willing to pay for content, or the inability of news organizations to come up with attractive and profitable business models?

It’s all of what you mentioned and plus the fact that online advertising isn’t always effective for advertisers. You can’t blame consumers for not being willing to pay for content–that horse is out of the barn and procreating, much less loose. I doubt that newspapers will retrain people to pay–we’ll see how The Daily does. This is a real problem.

Two developments may change journalism. First, foundations and other philanthropic entities could fund news gathering. Second, the government could get into the news business–for example, the BBC in England. The thought of the government controlling the news will scare many people in the United States, but the BBC model seems to work well. And if the government were going to brainwash us, it’s already controlling the education system so what’s the difference?

Another interpretation is that music publishers don’t add enough value, so people are unwilling to pay them. 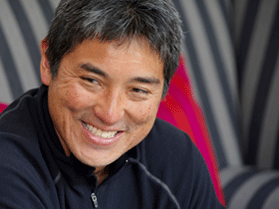 The entertainment industry blames its hardships and declining profits on online piracy, as well as on consumers’ readiness to avoid paying for music and movies. Is there such a resistance on the part of consumers to pay for a CD in a box, or is the problem rooted in the labels’ unwillingness to depart from a traditional sales channel and make songs available online at reasonable prices?

Don’t you have any easy questions? Again, the horse is out of the barn. Apple has set the floor at $.99/song. Prices won’t go higher than that. The music business could certainly make it easy for honest people to pay reasonable prices. Perhaps the problem is that there are too many mouths to feed in the equation. The artist is obviously essential. How much value does the publisher add?

One interpretation of what’s going on is that people are pirates and cheapskates. Another is that music publishers don’t add enough value, so people are unwilling to pay them.

The core of technology entrepreneurship is engineering.

Spain’s unemployment rate for people under 25 is the highest in world. What initiatives do you think governments and educational institutions should implement to help the young undertake entrepreneurial activities?

First, let me get some clarity on this stat. A newborn is under twenty-five and is not employed. Are babies counted in this statistic? Are students in high school and college and others who are not seeking employment counted?

But let’s assume that unemployment is high in the young-adult segment who want to work. The core of technology entrepreneurship is engineering because you have to start with something to sell. These engineers are also desirable for existing companies too. Therefore, my emphasis would be on educating engineers.

Peter Thiel, PayPal’s co-founder, offers US$100,000 grants to students who quit school and become entrepreneurs. Is hands-on experience better than theoretical knowledge for a entrepreneur?

Hands-on experience is better than theoretical knowledge, but I wouldn’t agree with paying students to quit school. Kids need a basic level of education. Yes, it’s true that Steve Jobs and Steve Wozniak didn’t graduate from college (in Woz’s case, he graduated much later), but this doesn’t mean that more students should drop out. A good analogy is that it’s not a good idea for most kids to drop out of school to pursue professional athletic careers. Sure, one out of 500,000 will pull this off, but what about the other 499,999? 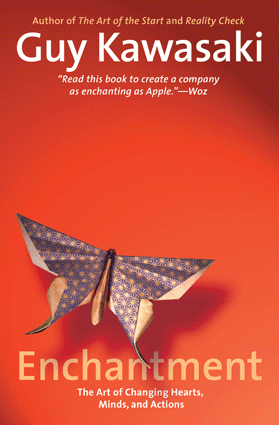 Steve Jobs has stepped down from Apple due to health problems and many question the company’s ability to forge ahead without its founder, soul and strongest public image. What is the key to building a great company that is immune to the eventual departure of its founders and most visible leaders?

No company is immune to the departure of its founders and leaders if these leaders were good. That is, if someone could leave a company and there was no negative effect, you’d have to ask if the person was contributing.

However, part of the function of a good leader is to hire people better than herself and to also foster the next generation of leader. Very few executives view training a successor as a core responsibility. That’s the real issue. Most transitions are driven by political considerations, not competence and preparation.

If you’re building to last, then you want to enchant your customers.

In your upcoming book, «Enchantment. The Art of Changing Hearts, Minds, and Actions», you underline «likability, trustworthiness, and a great cause» as the three pillars of enchantment. It appears that you advise future entrepreneurs to pursue kindness and a social return on their businesses. Isn’t the «bottom line» in direct conflict with such a humanistic approach?

This is one of my favorite interviews of Guy Kawasaki! And, I read and watch them all. Disclosure: I am the Chief Evangelist of Alltop, but even if I were not, I'd still find Guy enchanting. :)