Partial solutions for parts of the problem

Policy makers and economists have been slow in comprehending the full scale of the euro crisis. Initially, the problem appeared to be confined to a liquidity logjam in the Greek government bond market that could be solved with a three-year IMF adjustment programme. As the Greek adjustment programme ran into difficulties and Ireland and Portugal experienced government funding and banking crises politicians began to realise that the problems were more severe. Still, even after Spain and Italy experienced government and bank funding problems, policy makers did not materially change their approach to crisis resolution. Governments and the ECB continued to provide short-term funding assistance to financially troubled governments and banks, perhaps in the hope that something would come up in the future that would make the crisis go away. 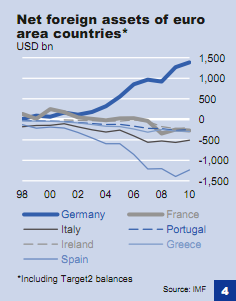 In the course of October, a number of countries, led by Germany and the Netherlands, began to question the effectiveness of the approach to crisis resolution followed so far and demanded a more comprehensive restructuring of Greek government debt. To fortify European banks against a larger write-down on their holdings of Greek government debt and against potential contagion to other problem countries in case of a default of the Greek government, they pushed for a significant strengthening of banks’ capital base. The new effort at crisis resolution includes (1) a larger haircut on private creditors of Greece; (2) an increase of banks’ core Tier 1 capital ratio to 9% after having marked to market their sovereign debt holdings; and (3) an effort at leveraging the EFSF, e.g. by offering first-loss bond insurance through the EFSF, so as to use available funds more effectively.

As on previous occasions, the most recent efforts represent a step forward in addressing the problems afflicting the euro area, but they fail to deliver the comprehensive solution expected by some observers. The insolvency of Greece and the insufficient capital endowments of many European banks have finally been recognised, but the measures taken are unlikely to restore Greece to solvency and the European banking system to full health. Moreover, it is doubtful whether offering bond insurance through the EFSF will open the markets for Italy and Spain again.6 However, apart from providing only partial solutions to the insolvency of Greece, the liquidity problems of Italy and Spain and the weakness of the European banking system, the Council decisions entirely ignore the deeper problem of internal real-exchange-rate misalignments and the associated intra-EMU balance-of-payments crisis.

Without the ability to adjust nominal exchange rates, intra-EMU real-exchange-rate misalignments can only be corrected by relative price changes. In the following we discuss the case, in which a “Latin” part (i.e. deficit and thus debtor countries) of EMU suffers from an overvalued internal exchange rate vis-à-vis a “Germanic part” (i.e. surplus and thus creditor countries). We also assume that the “Latin part” was seduced by the artificially low interest rates that prevailed during the first decade of EMU to accumulate a high burden of public and private debt. With the “Latin” part now suffering from current and capital account deficits, the balance-of-payments deficit by the “Latin” part is funded by the Germanic central banks via the ECB.

As long as the balance-of-payments imbalances persist, claims of the Germanic central banks against “Latin” central banks via the ECB rise. Since interest on these claims is given by the ECB’s refi rate, which can be set to zero if the majority of ECB Council members decides so, and since there is no repayment obligation, the claims can theoretically rise to infinity. Economically, however, the balance-of-payments imbalances and hence the rise in national central banks’ claims and liabilities vis-a-vis the ECB represent real resource transfers from the surplus to the deficit countries. In other words, goods, services and assets are transferred from the creditor to the debtor countries at subsidised prices, with the subsidy measured by the claims and liabilities vis-a-vis the ECB. The transfer is automatic and outside any budgetary control. However, representatives of the creditor countries in the ECB Governing Council and other Council members concerned about the integrity of the Eurosystem may well use their influence to limit these transfers below the comfort level of the debtor countries. Hence, it seems that a resource transfer through the Eurosystem cannot be enforced on a permanent basis. In addition, excessive reserve money creation in debtor countries will eventually raise the euro-area reserve money stock above a level consistent with low inflation (a point, which we take up further below).