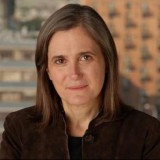 Michael Hudson’s New Book, The Bubble and Beyond

The State and Local Budget Crisis

JUAN GONZALEZ: President Obama and Republican House Speaker John Boehner are said to be close to a $3 trillion deficit-reduction package as part of a deal to raise the federal debt ceiling before an August 2nd deadline. But the deal is coming under fire from both congressional Democrats and Republicans.

According to the Washington Post, part of the deal calls for lowering personal and corporate income tax rates while eliminating or reducing an array of popular tax breaks, such as the deduction for home mortgage interest. Some Democratic lawmakers expressed outrage on Thursday because the Obama-Boehner agreement appears to violate their pledge not to cut Social Security and Medicare benefits, as well as Obama’s promise not to make deep cuts in programs for the poor without extracting some concessions from the rich.

AMY GOODMAN: Meanwhile, more details have emerged about the massive government bailout of the banking industry. On Thursday, the Government Accountability Office issued an audit of the Federal Reserve’s emergency lending programs. It revealed the Fed provided more than $16 trillion in secret loans to bail out American and foreign banks and businesses. Independent Senator Bernie Sanders responded to the audit by saying, quote, “This is a clear case of socialism for the rich and rugged, you’re-on-your-own individualism for everyone else.”

To talk more about the debt debate in Washington, as well as the overall economic crisis here and in Europe, we’re joined by economist Michael Hudson, president of the Institute for the Study of Long-Term Economic Trends, Distinguished Research Professor of Economics at the University of Missouri, Kansas City, and author of Super Imperialism: The Economic Strategy of American Empire.

Welcome back to Democracy Now!, Professor Hudson. What about these latest revelations?

MICHAEL HUDSON: If you’re talking about the revelations of the Senator, these are the second big story to come out in the last two weeks. The first story, really, was two weeks ago when Sheila Bair finished her five-year term at the Federal Deposit Insurance Corporation. And now that she left, she was able to talk about the arguments that were going on while all of this money was being given away. She opposed it. She said none of this money, not a penny, had to be given away at all. She said the job of the FDIC was to do what it did with Washington Mutual and IndyMac. They could have closed down Citibank, they could have closed down AIG and the others. Depositors insured by the FDIC wouldn’t have lost a penny. She said, “That’s what the FDIC does.”

She was overruled by Geithner and by the Treasury Department, and especially by Bernanke, who essentially said, “We have to save the rich first. We have to save the gamblers.” There was plenty of money in all of the banks to cover all of the retail vanilla deposits for businesses and families. What there was not money for was for all the cross-gambles that they had made on derivatives—that is, which way interest rates would go, which way currencies would go. And so, this was really a casino. These were bets. And people like the AIG couldn’t pay. And the question is, how are you going to get the winners in this casino to get money from the losers, who are broke? So these $16 trillion worth of loans were all for junk securities. They weren’t for the solid securities that did back out the deposits. These were all for junk gambles, having nothing to do with the real economy at all.

And the result was that while many of the $16 trillion have been repaid, there has been a residue of $13 trillion added to the government debt since September 2008, when all of this began. All this was created simply on a computer keyboard at the Treasury. So the question is, if they can create a $13 trillion on a computer keyboard, taking over Fannie Mae and Freddie Mac, and the Federal Reserve can simply give this money, why can’t they, over 50 years, pay the trillion dollars for the Medicare and the Social Security? It’s—obviously, it’s a charade.

JUAN GONZALEZ: Well, that was precisely my question. Where did this $13 trillion come from? So this was basically all paper, paper loans.

MICHAEL HUDSON: Well, not even paper. It’s electronic. We’ve sublimated the whole thing. The Federal Reserve can create a deposit, just like a bank does. If you go into a bank, you sign an IOU, and the bank adds money to your account. It’s done on a computer keyboard. That’s what money—how it’s created these days. And the government can do exactly what the bank can do. They can create the money on their own computer keyboards. And that’s—usually, they do that by running a budget deficit. That’s why the economy needs a budget deficit to grow. When the government runs a budget deficit, that puts money into the economy and helps us recover from the recession. That’s pretty obvious.

Under Clinton, we had a budget surplus. And what that meant was, normally, that would have pushed the economy down, but the gap was all provided by banks, commercial banks, on their computer keyboards, at interest. They cleaned up. And that’s a situation that President Obama is trying to restore today. Instead of the government creating free money on its keyboard with a deficit, all of the increase in money used by the American economy will be created by Wall Street at interest. It’s completely unnecessary.